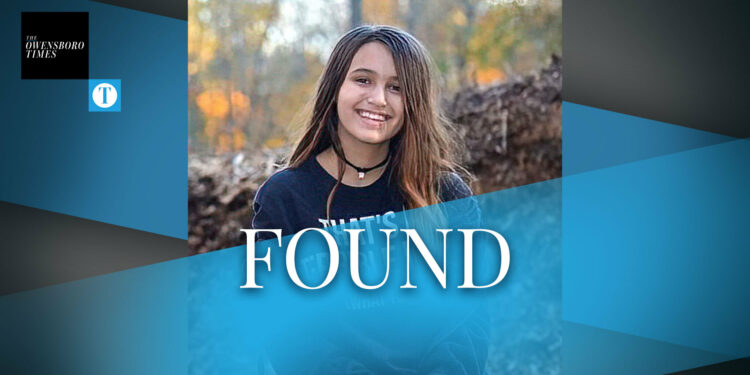 Local teenager Alina Bartolon has been found alive and unharmed, according to the Owensboro Police Department. She was reported missing on Christmas Day, and was found Wednesday evening in Texas. A Colorado man has been arrested in relation to the incident.

According to a release, Owensboro Police Department responded on Dec. 25, 2021, to the 800 block of Florence Court on a missing juvenile call. The juvenile, 14-year-old Bartolon, was located Wednesday evening by the Texas Department of Public Safety.

Based upon information received, detectives obtained an arrest warrant for Emery Wayne Trombley (21 years old of Colorado Springs, Colorado) on Jan. 19, 2022. Trombley was taken into custody for  Custodial Interference based upon the warrant for his arrest, according to OPD.

Bartolon was unharmed and she will be reunited with her family.

Bartolon’s father, Huber, said the family was informed that she had been found around 8 p.m., but they haven’t yet been able to talk or see her.

“I was so happy I was crying,” Huber said of his initial reaction. “There were a lot of things going on in my mind while she was gone. When you don’t hear anything and have been looking everywhere, it’s like a bad dream.”

Huber remained positive during the searching process; he spent the first week she went missing searching for her, nearly every hour of the day. He helped organize a search party one weekend, and a local church held a prayer service for Bartolon.

“I don’t have the words to tell everyone how much I appreciate all the support,” he said. “I’m just so happy Alina was found and that she’s safe.”

OPD also thanked the community for their assistance in this investigation, as well as the numerous law enforcement agencies who assisted.