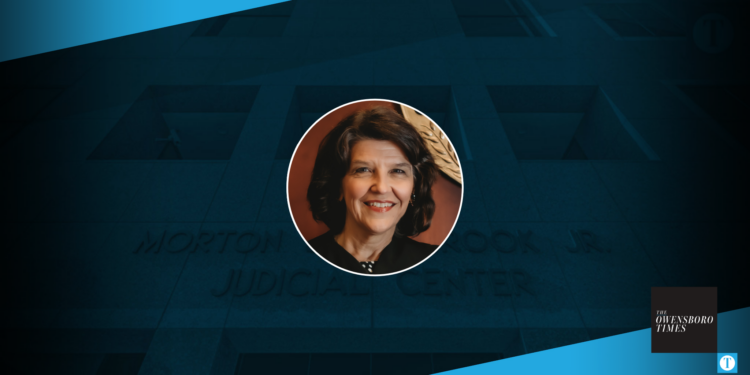 Misty Miller has been selected Chief Judge of the 6th District Court in Daviess County. Miller was selected to fill the unexpired term of Nick Burlew, who retired in December. Miller also recently announced her candidacy for reelection as Sixth District Judge, Division 1 in the November 2022 election.

Miller said after Burlew retired, she and David Payne — the only other judge in the 6th District — talked about the Chief position and Miller agreed to do it.

A Chief Judge is selected every two years by the judges of each district on the basis of administrative qualifications, and not by rotation or seniority. Among several other administrative-type duties, the Chief Judge oversees the rules of the district.

“Really, our rules have not been updated since prior to Family Court (moving to Circuit Court),” Miller said. “I’m kind of looking forward to doing that, to working with Judge Payne and the bar and other officers of the court to redraft some local rules now that we do not have Family Court. It’ll be pared down to what we actually do in District Court now.”

Miller has also announced she will look to retain her seat in the upcoming election. In March 2020, she was appointed to a vacant District Court judgeship position. Seven months later she retained the position by winning the 2020 election.

“I always figured I would love the work,” Miller said. “When I finally got to that position, I was surprised to find I liked it even better than I thought I would. I just want to continue. There are things that I am involved in that I would like to see continue.”

For instance, she said she wants to see continued growth of the juvenile drug court and the mental health court run by the county attorney’s office.

Before she was a judge, Miller was an Assistant County Attorney for 15 years, so she said “District Court is definitely my home.”

Much of her time as judge has involved unusual circumstances, with the pandemic closing courtrooms for extended periods and leading to more remote work. Miller is hopefully to return to normal soon.

“I’m kind of looking forward to at some point, being a judge when there’s not a pandemic,” she said. “There are some things I wanted to do when I took the bench that of course went full stop once the globe went full stop. I’d still like to follow up on some of those, with scheduling and that kind of thing. It’s just been impossible at this point. I’m looking forward to the other side of the pandemic, or whatever our new normal is.”