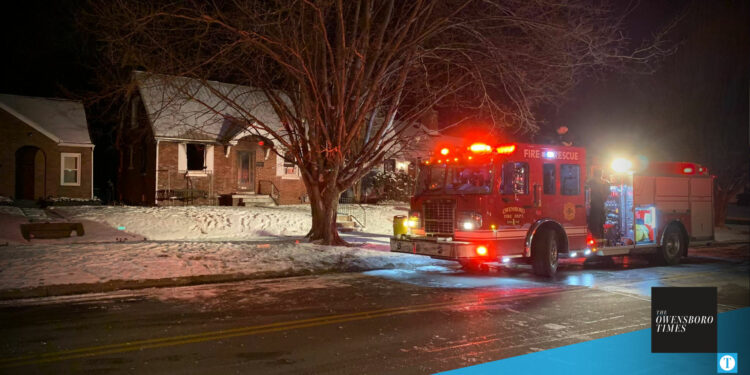 A woman died as a result of injuries sustained in a house fire early Saturday morning, according to the Owensboro Fire Department.

OFD responded at 1:40 a.m. to a reported residential structure fire in the 1400 block of W. 12th Street, according to a social media post from the agency.

“Upon arrival, OFD found heavy smoke and flames coming out of a bedroom window of the home,” according to OFD. “A rapid effort of search and rescue commenced along with aggressive firefighting. One resident was located in the search of the dense smoke and was removed from the hazardous environment to be treated by EMS on scene.”

This fire was extinguished and is currently under investigation.

The patient was taken to Owensboro Health Regional Hospital for treatment but later died.