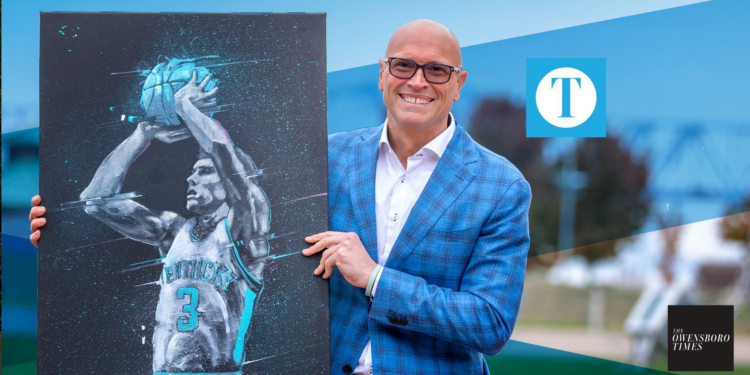 Rex Chapman, an Apollo High School standout who went on to become a University of Kentucky basketball star and played in the NBA for 12 years, has been announced as a host for CNN’s new streaming subscription service that will debut in the coming months.

Chapman was first known for his talents on the court, but has also been honest and open about his recovery opioid addiction. He’s now perhaps most recognized for his social media presence. At times he shares a mix of funny and heartwarming tweets, and at others, he is an outspoken critic of politicians — including those in Kentucky.

Chapman’s weekly CNN+ show will include “intimate conversations with athletes, entertainers and everyday heroes as Chapman looks for the silver lining beyond today’s toughest headlines,” the company said in a release.”

Chapman joins CNN+ from Adult Swim, where he was the host of Block or Charge, which was based on his series of viral tweets. He is also the host of two podcasts, Charges with Rex Chapman and The Rex Chapman Show, a podcast about the latest news from the NBA.

More information about Chapman’s show, additional hires and CNN+’s full lineup will be available in the weeks to come.