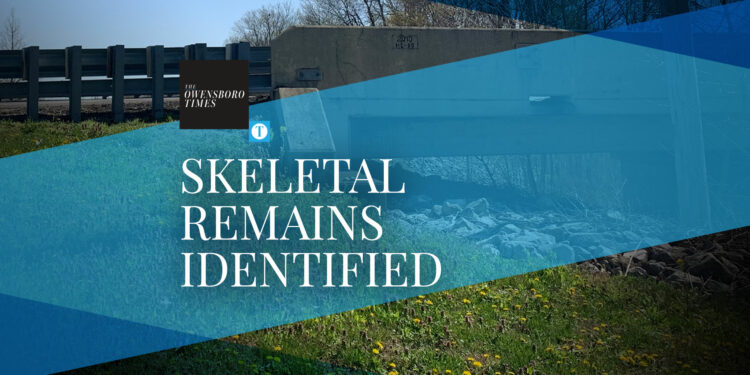 Officials say the human skeletal remains found along Pleasant Valley Road last week have been positively identified as a David Jenkins, 61-year-old man from Evansville. No foul play is suspected.

The cause and time of death were not included in the release.

According to a DCSO, dispatch received a call shortly after at 7 a.m. on Thursday in reference to a suspicious circumstance. The caller found what he thought to be skeletal remains of a human.

Upon arrival, DCSO found the remains approximately 15 feet off the roadway, laying on top of riprap rock, according to reports. Sheriff Barry Smith said detectives located a government ID, but they needed to wait for the autopsy to confirm the identity of the assumed human remains .

Smith previously said the body was located down the bank of a ditch, so “unless you were walking like the caller was (Thursday), you would not have seen it.” Smith said the person who called it in was walking down the edge of the road when they observed the remains.

The Daviess County Coroner’s Office was called to the scene, and the assumed human remains were sent to the Madisonville Medical Examiner’s Office for autopsy.

According to reports, the Owensboro Police Department Evidence Collection Unit was able to lift latent prints from the palm of the human to positively identify the individual.

The Examiner’s Office determined no foul play is suspected.