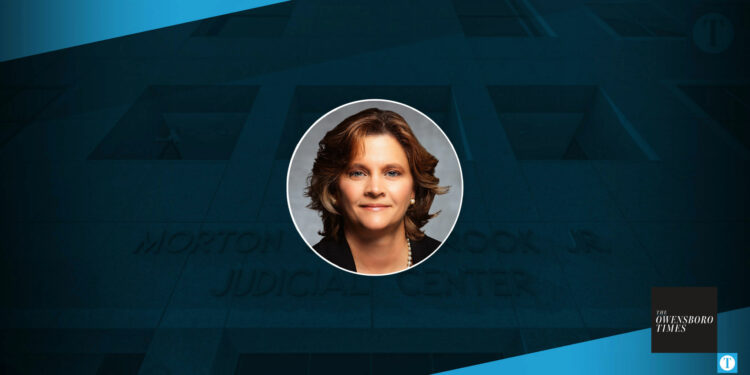 Angela Thompson, a local attorney and Daviess County native, has announced that she will run for the second Family Court Judge seat in the November election.

Thompson has practiced law in Daviess County for 28 years. While in private practice, she has practiced in all areas of family law including divorce, custody, child support, domestic violence, adoption, and as a guardian ad litem for dependent and neglected children.

“Family law has been my passion since I began practicing law in Daviess County in 1993,” Thompson said. “As Domestic Relations Commissioner, my reputation was to treat everyone before me with respect and provide them with an opportunity to be heard. I followed the law and timely rendered decisions on matters before me.”

Thompson added, “The families of Daviess County deserve a Family Court Judge that has the experience and integrity to ensure justice for all individuals that come before the Court. I would be honored to serve the Daviess County families as their judge.”

The seat Thompson will run for was created by House Bill 214 during the General Assembly session earlier this year. The seat will officially be for the 6th Judicial Circuit, Family Division 4. Anyone who files for the Family Division 4 seat will be included on the November ballot since it was not created in time to have a primary. Only Andy Johnson has officially filed for the position as of Wednesday afternoon. The filing deadline is June 7.

The position is separate from the current Family Court seat in Daviess County (officially called the 6th Judicial Circuit, Family Division 3). The primary race for Family Division 3 took place on May 17, with Jennifer Hendricks and Thomas Vallandingham winning that primary.