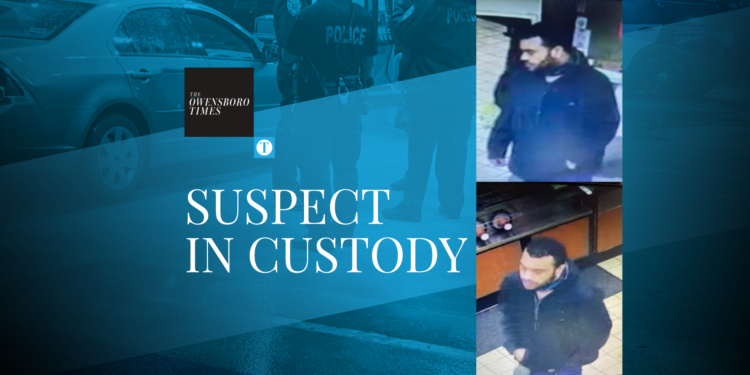 Update, 7:35 a.m. — The man who shot an Owensboro police offer and led law enforcement on a lengthy pursuit Saturday night was arrested early Sunday morning. Bronson T. Lindsey, a 32-year-old Rockport man, is facing several charges related to the incident. The officer’s injury is expected to be non-life-threatening.

According to the Owensboro Police Department, detectives were able to identify Lindsey with the aid of numerous tips. An arrest warrant was obtained for Lindsey while agencies continued to search
the Spencer County area where he was last seen.

At approximately 5:12 a.m. Sunday, Lindsey was located in Spencer County by agencies assisting in the search. Based on the arrest warrant that was obtained, he is being held pending extradition in the Spencer County Jail.

Original story — Numerous law enforcement agencies are still in pursuit of a suspect that shot an Owensboro Police Department officer Saturday night. The suspect is considered armed and dangerous. The officer’s injury is expected to be non-life-threatening.

According to a release, at approximately 8:54 p.m. OPD officers were investigating a suspicious person at 1816 Triplett Street (Eagles Convenience Store). This individual and his vehicle matched the description from an earlier reported robbery at 217 E. 25th Street (Franey’s Food Mart), according to OPD.

During questioning, the suspect began a physical altercation with officers, according to the release. During the altercation the suspect fired one round from a handgun he had concealed and an officer was struck. The suspect immediately stole an OPD police vehicle belonging to the officer and fled the scene.

The officer was transported to Owensboro Health Regional Hospital by AMR  ambulance. 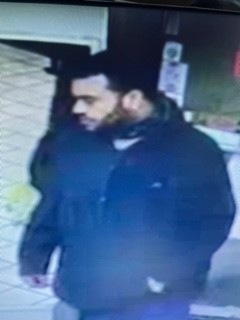 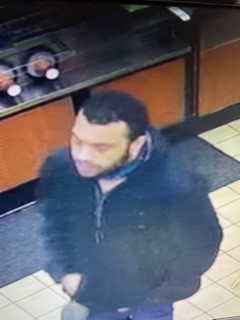 OPD said the suspect is considered armed and dangerous, so do not approach and instead notify local law enforcement if he is seen. Anyone with additional information is asked to call OPD at 270-687-8888, or leave an anonymous tip with Crime Stoppers at  270-687-8484.

We will update this article if more information becomes available.