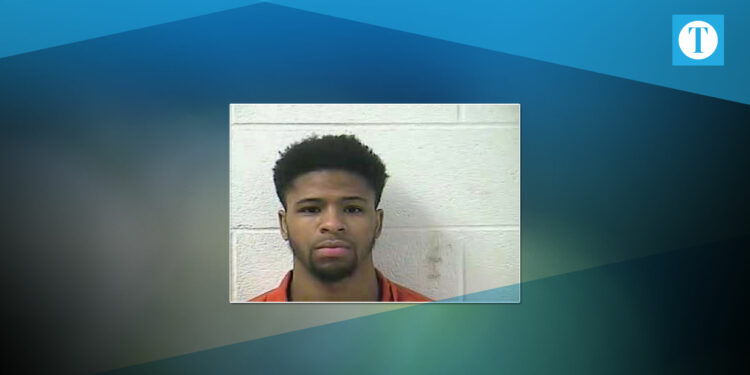 Stephen Haught, 19 of Utica, was arrested after an alleged armed robbery on Monday, according to the Owensboro Police Department.

OPD responded to a reported robbery at Quality Quick, 1211 Breckenridge Street, Monday where they were told a Black male subject wearing a black hooded sweatshirt, mask and blue rubber gloves entered the business.

The subject was said to have approached the clerk, brandished a handgun, and demanded money before leaving, according to OPD.

Detectives were investigating an unrelated incident when they located Haught and evidence linking him back to the Monday robbery, according to OPD. He was transported to the Daviess County Detention Center.