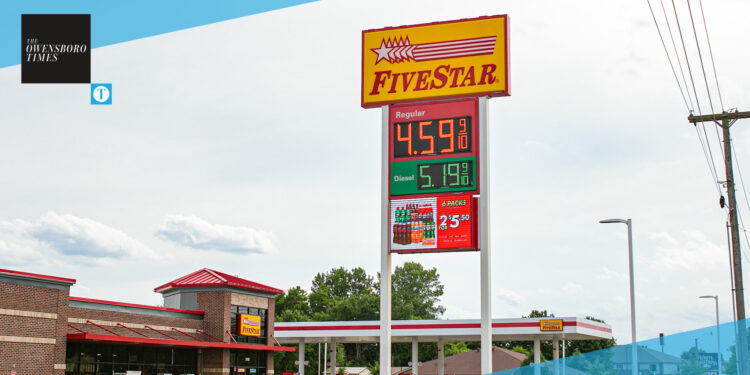 Gov. Andy Beshear announced Thursday he filed an emergency regulation that will freeze the state gas tax and prevent a 2-cent increase per gallon that would have taken effect July 1.

“Kentuckians cannot afford to pay more, and I am committed to doing everything I can to help keep more dollars in people’s pockets,” said Gov. Beshear. “This law was never intended to hurt Kentuckians during tough times, but with rising prices and inflation, this increase would have a negative impact on our families and it is time to take action.”

The state gas tax is set by statute, both in its rate and how it is calculated. The current rate of 26 cents was set to increase under a trigger, resulting in a price hike on both regular and diesel fuel, the governor said.

The funds collected through the state gas tax contribute to the Road Fund. Beshear said over the first seven months of the next fiscal year, this action will reduce the budgeted Road Fund revenues by 1.6%. To make up for the lost revenues, Beshear said he will propose using funds from the upcoming General Fund budget surplus.

“This action to provide relief to Kentuckians will have no material impact on the transportation budget and projects,” Kentucky Transportation Cabinet Secretary Jim Gray said. “All projects will move forward.”

The Governor also sent a letter to Attorney General Daniel Cameron on Thursday asking for advice on whether he should declare a state of emergency in order to activate the price gouging statute and further protect Kentuckians.