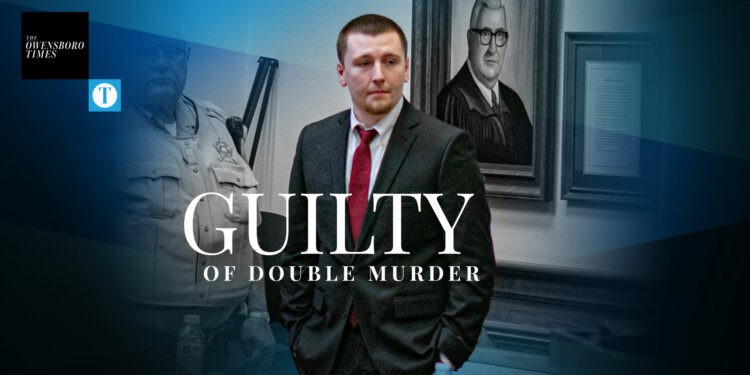 A jury found Chase Simmons, now 20 years old, guilty for the 2019 murders of Jasper Brown III and Amarius Winstead as well as second-degree assault for the non-fatal shooting of Tyler Glover. The jury recommended a total prison sentence of 60 years.

Simmons’ final sentencing — which will be officially handed out by Judge Jay Wethington, who will either enforce the recommendation or can issue his own sentence — is scheduled for July 27.

The jury recommended 30 years for each murder, with the sentences running consecutively. They recommend a 5-year sentence for the assault, with the sentence running concurrently. By law, Simmons will be eligible for parole after serving 85% of his sentence, which equates to 51 years. There is no guarantee he would be granted parole at that point, or at any point before his sentence ends.

Following a five-day trial and after deliberating for almost 13 hours, the jury determined that Simmons was guilty of the following counts:
Count 1 — Murder of Jasper Brown, who was 19.
Count 2 —  Murder of Amarius Winstead, who was 16.
Count 3 — Second-degree assault of Tyler Glover, who was 19 at the time.

Per the instructions given to the jury, there was no lesser charge for any of the three counts. For example, that means they could not consider the lesser charge of manslaughter on either count for murder.

Quick facts of the case

A party took place at 8221 Crisp Road starting the evening of May 31, 2019. A shooting took place around 12:30 a.m. on June 1. Simmons, 17 at the time, was arrested on June 6, and he was charged with the murder of Winstead and Brown. Simmons was also charged with second-degree assault because Glover was also shot one time but recovered from his injuries.

Summaries of the closing arguments

The defense claimed that the information presented — both the evidence presented and the statements from witnesses — allowed for reasonable doubt that Simmons committed the crime. Even further, Caldwell claimed that the local agencies had “considerable pressure to resolve this case,” adding that came during the height of the Black Lives Matter movement in 2019.

The prosecution claimed that the overall consistency in the witnesses’ testimonies line up with Simmons being guilty of the charges. Kuegel noted specifically the consistencies in Simmons’ description of clothing, locations pinpointed by AT&T, and evidence compiled from Simmons’ phone.

Prior to the closing statements, two witnesses were called to the stand by the defense.

Savannah Helm, who testified earlier this week that Simmons explicitly told her via FaceTime that he shot Brown, was called back. The defense asked if she was unhappy about turning her phone and vehicle over to detectives for the investigation, and she said yes, adding that any teenager would be.

Tonya Burton is the Superintendent of the Adair County Juvenile Center at which Simmons and Carpenter were held. Carpenter testified Thursday that she and Simmons had two direct interactions with each other despite male and female inmates typically not being allowed to interact. She said Simmons admitted to being the shooter during one of those interactions.

Burton said according to Adair County Youth Development Center practices, any interactions between male and female juveniles need to be filed for an incident report as they are not able to intermingle. Burton noted that there was not a report that came across her desk, nor did she hear from her staff about the incident occurring.