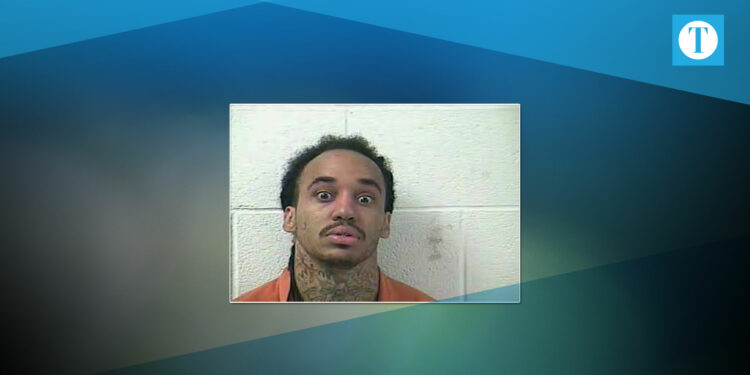 An Evansville man was captured in Sorgho after leading law enforcement on a high-speed vehicle pursuit Monday afternoon, when he sped up to over 150 mph in an effort to flee, according to the Kentucky State Police. KSP said illegal drugs were also found in the area after the suspect then tried to flee on foot.

The suspect was identified as Meko D. Levels, 29, who was arrested and transported to the Daviess County Detention Center.

According to a release, a KSP trooper patrolling the Audubon Parkway observed a silver Chevrolet Camero heading eastbound at 80 mph in a 70 mph zone around 2:30 p.m. The trooper attempted to initiate a traffic stop around the 5-mile-marker; however, the operator sped up to over 150 mph, KSP said.

The pursuit crossed into Daviess County, where a stationary trooper utilized a tire deflation device which was effective. The suspect attempted to exit onto KY 1554 but could not stop and crashed into a guardrail. The suspect fled on foot into a nearby wooded area, according to KSP.

Troopers, deputies with the DCSO, KSP’s Drug Enforcement/Special Investigations, and KSP’s Canine Unit captured the suspect in the wooded area near the Sorgho Cemetery. He was taken into custody without further incident.

Levels was charged by KSP with the following offenses: