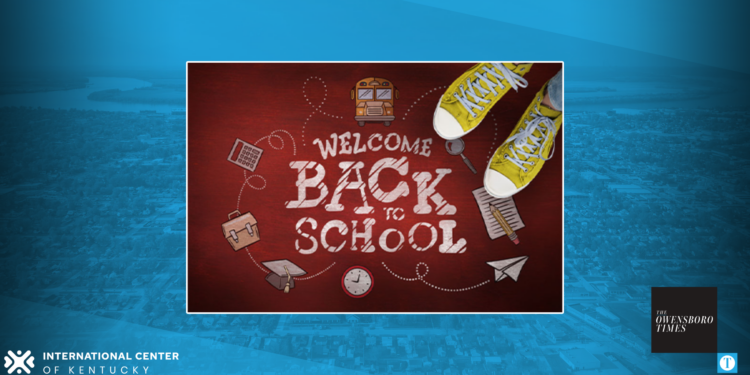 The International Center of Owensboro is hosting a back-to-school donation drive where they are accepting new shoes for the roughly 200 students they serve.

Youth & Family Services Coordinator Laura Jones said the refugees that come to the Owensboro often get secondhand donations of clothes and shoes; however, the center want to make students feel comfortable with new items.

“When they’re going to a new school when they already don’t speak the language and they don’t know anyone, [the donations] just kind of give them a little bit of an extra edge to at least be fairly comfortable in their own skin,” Jones said.

So through this initiative, she hopes it allows the community a chance to connect with the refugees — which come from several countries including Afghanistan, Myanmar, and the Congo.

In addition to the donation drive, the center also has the option for people to “adopt a student.” Jones said that simply means participating families sponsor a student.

The “Adopt a Student” program will have the family help supply a week’s worth of school clothing or shoes. This could also be in the form of donating VISA gift cards or Target gift cards for that student to use.

The center would then take the donations and distribute them equally among the students. Center officials calculated that providing several outfits for the student would be roughly $250-$300 dollars.

“Obviously people aren’t required to donate that much, but if they wanted to then that would be a good number. That’s what we’re striving to try and send out to our refugees,” Jones said.

The drive started early this month, and since then Jones said they have received several messages and donations already from the community. They are also finding some families are wanting to volunteer in different ways.

The center is also wanting to host a “Shop with a Cop” event where they allow the families and mentors to help out as the family buys more supplies and other things ahead of the first day. Jones said she is seeing some people volunteer for both the Shop with a Cop and the mentor program as well.

Jones said while they take donations year-round, the back-to-school drive will conclude the first week of school so that they can make plans for the students to do Shop with a Cop in the following weeks.

“They are awesome kids and honestly, I mean I think our community is blessed for having them for those that really do engage,” Jones said.