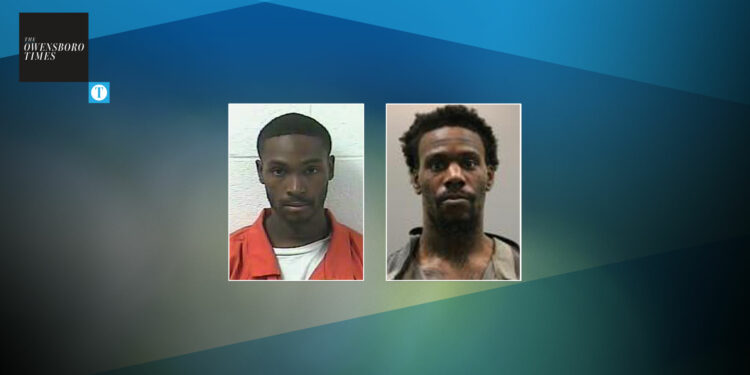 Two Owensboro men have been indicted for murder in relation to a shooting on June 13 on West 7th Street.

Derrick Carroll, 29, and Damian M. Fields, 27, were both indicted Wednesday after a case was presented to the Daviess County Grand Jury following a lengthy investigation by Owensboro Police Department detectives.

According to a release, at approximately 11:08 p.m. on June 13, OPD responded to the 1200 Block of West 7th Street for a possible vehicle collision with injuries where a building had been struck. When officers arrived, a bystander was performing CPR on an adult male who had been driving the vehicle.

As officers began assisting with medical care, they discovered a single gunshot wound on the driver. The victim was transported to Owensboro Health Regional Hospital via ambulance where he later died from his injuries.

According to OPD, detectives responded to investigate and believe the victim was shot in the 900 block of West 7th Street. After being shot he attempted to drive away before striking a residence, according to the release.

“These indictments are the result of hundreds of hours of investigation by OPD detectives, dozens of search warrants, and multiple tips provided by members of the community,” a statement from OPD reads.