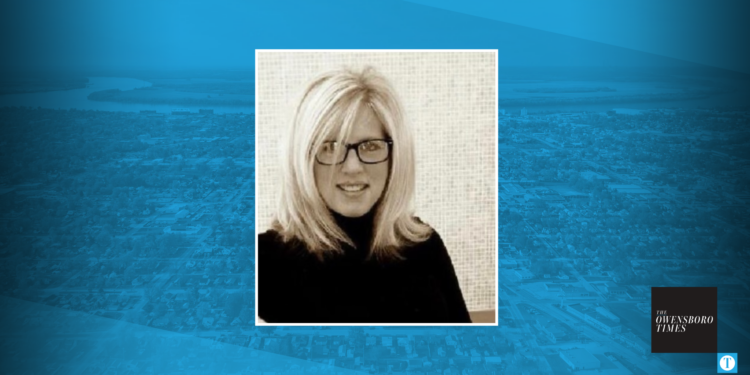 Nonprofits that offer a hand up are not new in Owensboro — or to Kim Jagoe, as she has created and worked with local nonprofits for over 20 years. But her latest nonprofit venture was unplanned.

Moving Up is the name of the latest offering. Currently, its social media and communication is being housed under Jagoe’s other nonprofit’s page, A Simple Path, because she already had many followers and felt that was the best way to share information with the community.

Jagoe is hoping to streamline the support the community offers every time she asks for home goods.

“Every time I put it out, it is plentiful,” she said.

Jagoe said the newest nonprofit began after she received a call where someone said their mother had recently died and they had all of the furnishings already loaded on a truck – a whole house worth – and they wanted to donate it.

“This was a lightbulb moment,” Jagoe said.

Jagoe isn’t trying to take over other nonprofits who ask the community for home goods, but she said there are so many that take one thing and not another that she just wants a place where donated items can be housed for those coming out of a shelter and needing to furnish a dwelling.

“Each time a request is made, currently, there is a different dropoff location,” she said. “I want to offer one drop off and one pick up.”

Jagoe is working to secure a location or storage building where community members can centrally make household furnishing donations and know that those items will be used by people who need them.

“Typically, people leave a shelter with nothing – no furniture, silverware, cookware,” she said. “The shelters and other programs have their hands full. They are already doing more and more jobs. If I can take this off their hands and they can send the person to one location, that would be so much easier.”

Jagoe often posts when items are needed, telling a little backstory on the family or person in need.

The last one was a two-bedroom apartment for a mother and her 15-year-old son.

“I had enough items for three apartments,” Jagoe said.

But with no place to store it, she could not take it all.

“Next time that happens, there would be a place for it, a place for shelter leaders to go,” she said.

Jagoe considers herself lucky that the community trusts her to help these families and meet the call when asked.

“It works so beautifully because of the support,” she said.

One of the biggest hurdles, Jagoe believes, is that the community doesn’t know where they can take donations, so they become overwhelmed with the thought of the energy and effort that is involved, and ultimately, many don’t take the step.

“What better opportunity to take ‘all this stuff’ they don’t use, don’t want, don’t need and do something good?” Jagoe asked. “The donors want to better their lives as well and help someone’s dream come true.”

All donations are also tax deductible.

Jagoe has worked in the past with people either living in shelters or recently out through A Simple Path. She taught the employees culinary skills they could take to the community workforce. Food was made and sold out of a church basement kitchen, and those who came to eat there or pick up their ordered food were able to see the homeless being lifted up by the community as servers and cooks.

“Visiting is the only way to see the effect, and it has to be done frequently,” she said. “It provides an entirely different view of capability – not just begging.”

Community Youth Service Centers will also have access to these furnishings for school families and can contact Moving Up.

Jagoe said there are many who are impoverished or below the poverty line in the local community, and they cannot afford for an appliance to quit working.

If a business or individual wants to help with securing a storage area for Moving Up, or if looking to donate items, contact Jagoe at Moving Up’s Facebook Page (under A Simple Path) or by calling 270-316-9807.

“You have to have a passion for what you do or people won’t believe you,” Jagoe said. “Your passion shows that you believe in this and people do too.”