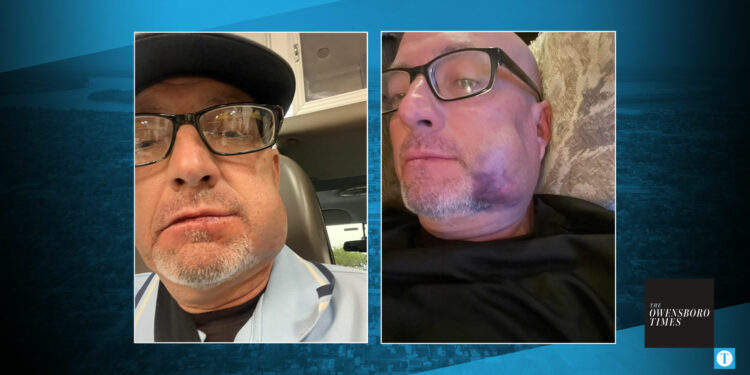 Officiating shortages have become common throughout the Commonwealth and the United States. A prime example of why occurred in Owensboro on Thursday night when local umpire Craig Crawford was assaulted while calling a Little League baseball game.

Crawford was calling a 6- to 8-year-old Little League baseball game on Thursday when the incident occurred.

According to a report from the Owensboro Police Department, 30-year-old Glendle Cain attempted to get into one of the team’s dugouts. After Cain refused to leave when asked, Crawford approached Cain and asked him to leave the premises as well.

According to the citation, Cain then became belligerent and struck Crawford in the face, knocking him down. Cain was then restrained by off-duty Kentucky State Trooper Alec Winters, who advised officers that Cain needed to be detained upon their arrival.

According to the citation, first responders believed that Crawford’s jaw might have been broken, but he has since commented that it is just extremely swollen on the left side of his face.

Upon detaining Cain officers noticed a strong odor of an alcoholic beverage coming from his breath, later observing that he was slurring his words while he spoke, per the OPD report.

Cain has been charged with public intoxication, as well as assault of a sports official (first offense).

According to state legislature, “A person who is guilty of assault of a sports official shall, for a first offense, be guilty of a Class A misdemeanor, unless the defendant assembles with five (5) or more persons for the purpose of assaulting a sports official, in which case it is a Class D felony.”

According to OPD, Cain has previously been charged with:

Attorney Thomas Vallandingham heard about the incident through his own involvement in officiating, as he officiates for baseball and soccer while also serving as the Third Region Assigning Secretary for soccer. Because umpires and officials are a fairly close-knit community he not only knew the Umpire-In-Chief at Southern Little League, but also Crawford.

Vallandingham said that when you hear about these incidents occurring during youth sporting events, they never become less shocking or any more acceptable.

“I think most people would agree, the worst part about youth sports, time and time again, can be the adults,” Vallandingham said. “While most adults are there to support their kids, encourage their team, and come to each game without incident, there seems to be an increasing number of people that are at youth events for the wrong reasons.”

“Going up to another person and punching them in the face is rarely, if ever, an appropriate action to take,” Vallandingham said. “It’s hard to express the level of ridiculousness and absurdity for this to have occurred in front of dozens of kids over a call in a child’s baseball game. Every official I know calls games for the right reasons. They are giving of their time and energy to make sure that kids get to play the sports we all loved growing up. It’s truly a service to the kids so that they may learn valuable lessons of hard work, commitment, and teamwork. And while I don’t think that this one umpire is going to stop calling baseball games because of last night’s events, sadly there will be those that will choose not to play or not to call because of the stupidity and selfishness of one person. And at the end of the day that only harms our children.”