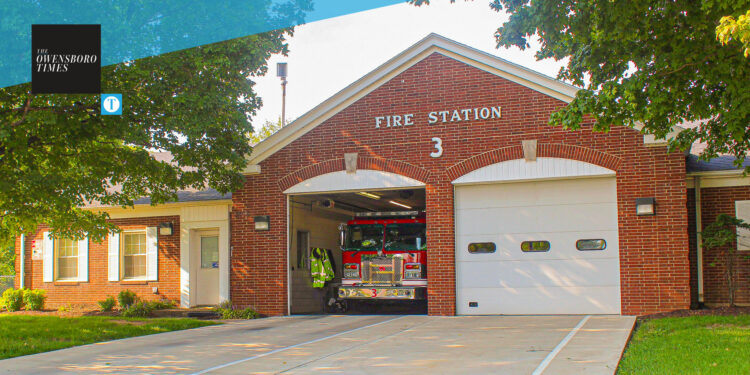 The Owensboro Fire Department wrapped up the renovation to Station No. 2 in June, and is now considering designs for Station No. 3 on Cravens Avenue. Officials said Tuesday it would be a total rebuild that would include modern amenities among other updates.

OFD Chief James Howard said that Station No. 3 is about 50 years old and is in need of renovations such as better dorm facilities, locker rooms for both male and female staff, workout facilities, and more.

The design portion of the project is set to take place in in the coming months so they will be able to move forward with construction starting next fiscal year — which begins in July 2023.

Station No. 2 was finished in early June, and they have since been operating out of the facility.

“We have an engine and a ladder truck that run on a station with six personnel on that station. There are some kinks to work out the building just like any building, but we’re happy to see the dorm and work out spaces a lot better than it was before,” Howard said.

The facility in total has more floor space which allows for more offices, a classroom, and other usable space.

“We’re gonna learn from that remodel, and how those spaces are used,” Howard said. “We will us that to kind of inform us on the design for (future renovations of other stations).”

Home » News » OFD looking to remodel Station No. 3 on Cravens Avenue next summer