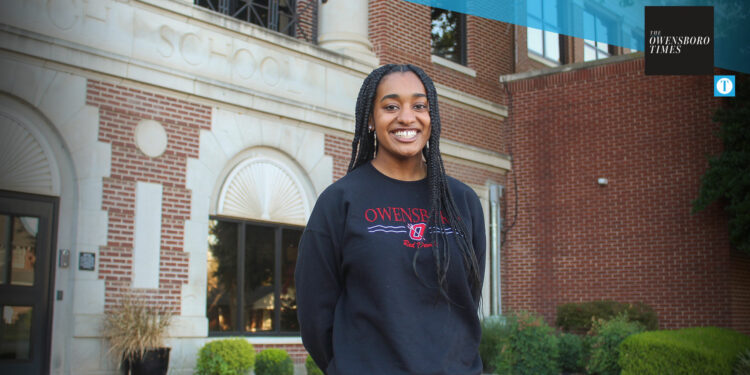 Mya Kelly, a senior at Owensboro High School, was recently awarded the National African American Recognition Award from the College Board National Recognition Program after performing well on PSAT/NMSQT, PSAT 10 and AP exams.

Kelly said while she doesn’t know what exactly made her qualify for the award, she said that it likely came from her 1230 overall PSAT/NMSQT score and having passed 3 out of 5 of the AP exams she has taken.

And in comparison to the tests she’s taken, the process for the award wasn’t extensive she said. On the application, she had to fill in her GPA and testing scores along with the organizations that she is a part of, which is where it got extensive.

“I try to get involved in as many ways as possible because it allows me to be more social and gain experience in several different fields,” she said. “They force me to engage in situations I wouldn’t get the opportunity to otherwise.”

Kelly wears many hats across the school, from the Captain of the OHS Academic Team to the Chamber and String Orchestras and the President of the National Honor Society. But to her, the most important is being the Student Voice for her senior class — a title she was voted into for two consecutive years.

Each position she holds adds to the “eye-opening” experience she’s had at OHS since her freshman year as she tries to add something new to her experience each year.

During freshman year she noted she remained on the academic team; in her sophomore year she focused on her studies even though she was in a pandemic; junior year she took advantage of different opportunities, became a Governor’s Scholar and got more involved in her organizations.

Now as a senior, the awards and honors feel like the icing on the cake and the cherry on top.

She equated her experience to a lesson she learned in her AP Psychology class.

“I was taught in psychology that it’s kind of like operant conditioning. You learn that if you work really hard and you get a reward it kind of feels good; this makes me feel good,” Kelly said.

Winning the honor reminds her that everything she does and the hard work that she pours into her classwork has a benefit and that “it isn’t just going nowhere.”

“It does feel really good to be seen and recognized. It just makes me hopeful for the future and it kind of gives me a confidence boost in my ability to do things now,” she said.

Now as she heads into the brunt of her senior year, she said after receiving the honor and award she hopes to leave her mark on the school and a legacy before she goes.

“To know you actually made an impact on your school and to know that I’ve been able to do that and been a part of history at OHS is really good,” she said.