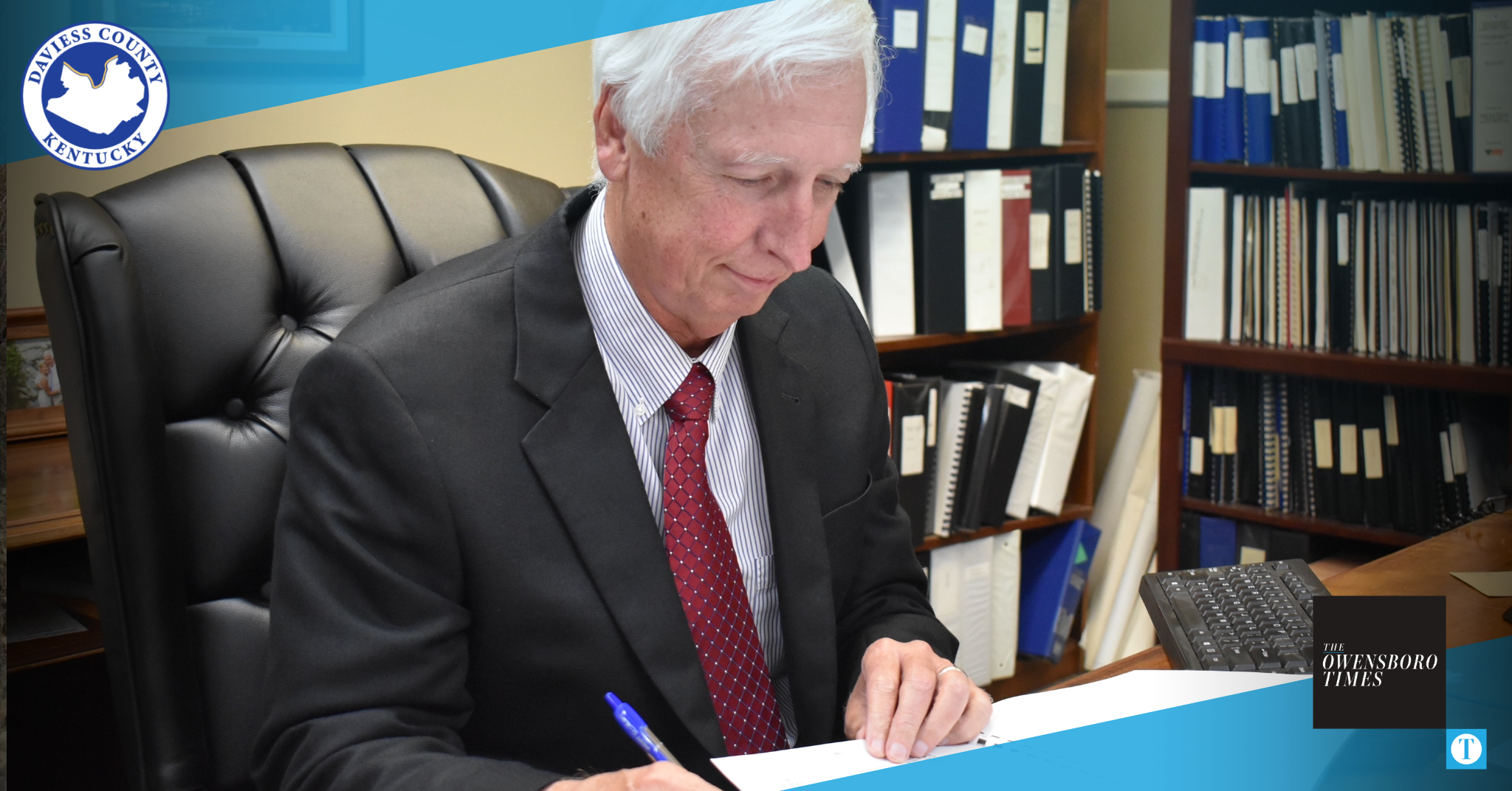 Daviess County Treasurer Jim Hendrix will retire from his position effective December 31 after 13 years of service. Due to an almost entirely new Fiscal Court being elected, though, Hendrix will stick around to assist as needed.

Jordan Johnson, current Assistant County Treasurer, has been appointed to fill the role from January 1-June 30, 2023. Hendrix first announced his plans a year ago to retire this December.

“Since then, two factors have altered that plan to more of a ‘phase out.’ One, the newly elected fiscal court will have a different member in each position. Two, due to a personnel departure, we are about six months behind in our employee transition plan. Therefore, I have agreed to delay my full retirement,” Hendrix said.

Hendrix will leave his position as Treasurer effective December 31, but will continue as Director of  Administrative Services through Jan. 31 to allow time to prepare the required Treasurer’s Final  Settlement. On Feb. 1, he will switch to part-time and will continue to provide management and financial guidance.

Prior to his Fiscal Court appointment in 2008, Hendrix worked 30 years for Texas Gas Transmission Corporation. He navigated and survived four corporate sales and numerous reorganizations and worked his way from a junior accountant to vice president. Hendrix and his wife Kellie have six children in their combined family.

“I am honored to have served as the Treasurer of Daviess County,” he said. “I am quite proud of the financial staff, the high quality and accuracy of their work, and the commitment they show to their positions. I have  enjoyed my second career with Fiscal Court but, after working full time for 45 years in jobs that were highly stressful, yet rewarding, I am ready for a break. My next goal is to fish until I am sick of it.”