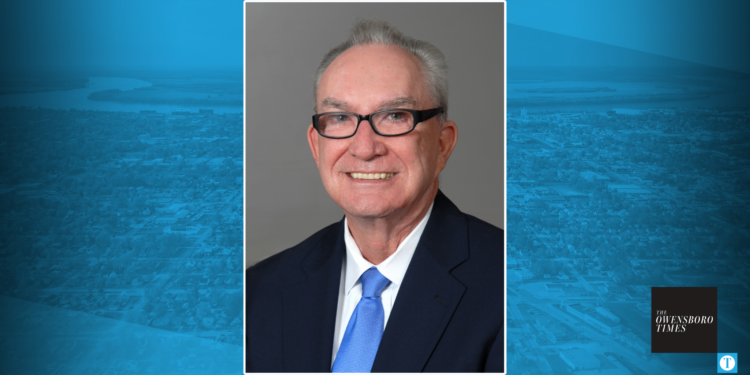 The Green River Area Development District’s first executive director, George Russell, died on December 30, 2022. While he helped community leaders work in unison with their state and national political leaders at GRADD, Russell was most known for his advocacy for free and fair elections.

Russell led the Green River Area District from 1969 through 1980; in 1970, GRADD received federal funding to hire staff and officially implement a regional program.

“GRADD was very fortunate to have had George as its first director,” said GRADD’s second Executive Director Russell Sights. “He had a unique ability to bring people together from different areas of the community in order to do what was best for the region.”

During his 11-year tenure, Russell improved GRADD and the regional approach to governance in Kentucky and the nation.

“He had a unique ability to disarm local government egos, whether they were from a large jurisdiction or a small jurisdiction, to get them to understand that working together would benefit everyone regardless of size,” said GRADD’s third Executive Director Jim Youngquist.

GRADD’s fourth Executive Director Jiten Shah added that Russell “was proud to be GRADD’s first Executive Director, starting with no staff in the basement of the Daviess County Courthouse. He was a true collaborator across political and urban/rural boundaries. ”

Russell then went on to work for then-U.S. Senator Wendell Ford and Governor Martha Layne Collins during her administration. Following her term, Russell joined the Kentucky Secretary of State’s office in 1989.

Russell oversaw the implementation of the state’s first publicly financed gubernatorial election and beyond, with his service as president of the National Association of State Election Directors. He later became an international elections monitor and oversaw 19 foreign elections.

In 2002, Russell was nominated and selected by his former colleagues across the country to receive the Freedom Award from the National Association of Secretaries of State as the person “who did the most to improve the election system in the United States,” according to a release from GRADD.

GRADD is a regional planning agency and council of governments serving the communities of Daviess, Hancock, Henderson, McLean, Ohio, Union, and Webster counties. GRADD offers assistance in the fields of aging, health, and social services; community and economic development; transportation planning; and workforce development. Their mission is to afford local governments and citizens a regional forum to identify issues and opportunities, and to provide leadership in planning and implementing programs to improve the quality of life in our district.

GRADD’s fifth and current Executive Director Joanna Shake said, “George set GRADD on the trajectory to become what we are today. His leadership and heart for service brought people together for the good of the community.”