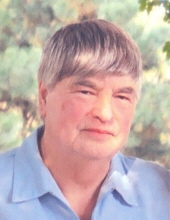 Kenneth Gerald Webb, 89, of Owensboro, passed away on Tuesday, May 10, 2022 at his home. He was born November 16, 1932 in Rockport, Kentucky to the late Otto and Lucy Webb. Kenneth received his Bachelor’s Degree from University of Kentucky and Masters of Social Work from University of Louisville in 1966. He retired in 1993 from the State of Kentucky as a family services supervisor. Kenneth was a Kentucky Colonel and a member of the National Association of Social Workers. He enjoyed UK basketball, collecting cars and loved his cats.

In addition to his parents, he was preceded in death by his wife, Peggy Webb.

He is survived by his son, Dr. Kin Shaw and his wife, Jolene; and a grandchild, Kinley Shaw.

Graveside services will be private in Resurrection Cemetery. James H. Davis Funeral Home & Crematory is in charge of arrangements.