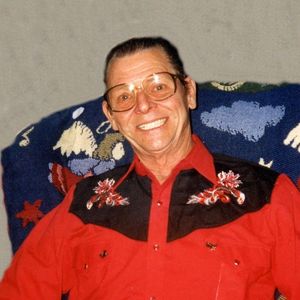 James “Jimbo” Richard McCarthy Sr., 81, of Owensboro, passed away Saturday, May 14, 2022, at Signature HealthCARE of Hartford Rehab & Wellness Center. He was born April 6, 1941, in Owensboro, to the late Earl Edward McCarthy and Willie Mae Bray McCarthy. Jimbo was a painter for many years by profession, but he was also known as a handy man who could fix anything. He enjoyed spending time talking on his CB radio to his friends and family, known as Jimbo779. He loved playing his guitar, harmonica, and singing along. His biggest passion was spending time with his family and his many grandchildren and great-grandchildren.

Along with his parents, he was also preceded in death by the mother of his children, Patty Ann McCarty; two sons, James Richard McCarthy Jr. and Barry Ray McCarthy; six brothers; and two sisters.

The funeral service for Jimbo will be held at noon Friday at Glenn Funeral Home and Crematory with Tim Trout officiating. Burial will follow at Owensboro Memorial Gardens. Visitation will be held Thursday from 3 p.m. until 8 p.m. and Friday from 10 a.m. until time of service at the funeral home.

Memories and condolences for the family of Jimbo may be left at www.glenncares.com