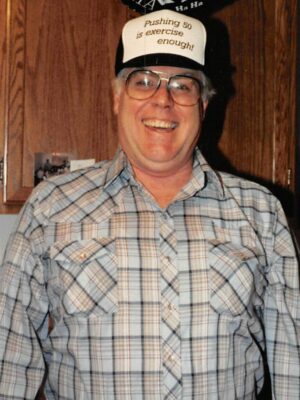 Allen Leroy Eslick passed into eternal life on May 15, 2022 in Owensboro, Kentucky at the age of 84. He was born on January 18, 1938 to Emma and Newton Eslick in Crystal Lake, Illinois. As he was growing up, he lived on farms in Cary, Woodstock and Hebron, Illinois. From there, he lived in Kenoska, WI and Barrington, IL. He graduated from Barrington High School in 1956 where he enjoyed playing football and the “Road Knights” Car Club. After graduation, he worked for Lake Oil & Supply Company on deliveries. In 1958, he joined the U.S. Army and served time in Germany, where he met his wife of 55 years, Erna Fischer and her 7 year old son, Alfred. After his discharge from service, he returned to Lake Oil & Supply as a parts manager, Freund Implement in sales and Culligan Water Softener on deliveries. His most satisfactory employment was with Motorola Corporation in Schaumburg, Illinois as a purchaser for 27 years.

Allen is preceded in death by his parents; his wife, Erna; his son, Alfred Fischer; brothers, Eugene (Beverly), Glenard (Verna), and Larry Eslick.

He is survived by a sister, Karen (Ken) Hansen; three grandchildren, Daniel (Zaidarie), Nick (Megan) and Christopher Fischer; two great-grandchildren, Leonardo and Marco Fischer; and many nieces and nephews.

One of his enjoyments was playing bass guitar with his friends the “Country Ramblers”. He also loved fishing as Lake Nolin, so much he retired early and moved to Leitchfield, Kentucky in 1993. He spent many hours playing video games and cards with friends and family. His love for his dogs was over the top. “They are my family,” he was often heard saying.

His family would like to extend a heartfelt thank you to Brother Chessie and congregation of Clearview Baptist Church of Leitchfield, neighbors, Sondra and Bradley Johnson, Barb and Dave Wheeler and Jackie Gooley for their loving support and freindship.

A celebration of life will be held May 19, 2022 at 11:00 am at Clearview Baptist Church in Leitchfield, Kentucky. Burial will be in Elizabethtown Memorial Gardens next to his wife, Erna.

Expressions of sympathy may take the form of donations made to; Clearview Baptist Church, 505 W. White Oak Street, Leitchfield, Kentucky 42754.

Watson & Hunt Funeral Home is both honored and privileged to be entrusted with the care of Mr. Eslick. Share your messages of condolence with the family of Allen Leroy Eslick and sign his virtual guestbook below.