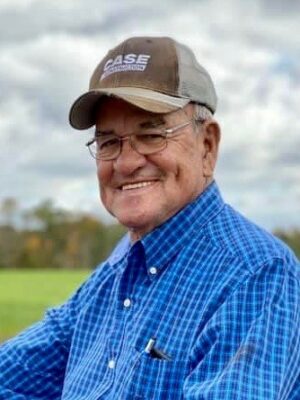 Jack Neff, age 79 of Hardinsburg, KY passed away May 25, 2022 at University of Louisville Hospital. He was born in McQuady, KY on September 28, 1942, son of the late Leslie Bryd and Maude Howard Neff. Jack was a member of St. Romuald Catholic Church and the owner and operator of Jack’s Excavating. He was hard worker who enjoyed his job. Jack was a very dedicated family man who loved his wife, his daughters and sons-in-law, his grandchildren and great grandchildren and especially his constant companion R2. He was considered a piddler and jack of all trades – he wanted to know how things worked, so he took them apart, studied them and put them back together. He could repair anything broken.

In addition to his parents, he was preceded in death by his grandson Landon Kasey and siblings Lee, Denzil, Wendel, Jimmy, L B, Kenneth, Bobby and Bill Neff, Margie Still, Kathleen Wheatley, Betty Ann Bell and Emma Jaggers.

Jack is survived by Mary Rita, his wife of almost 60 years.

Funeral services will be held at St. Romuald Catholic Church on Monday, May 30, 2022 at 11 AM with burial in the church cemetery. Visitation will be held at the church on Sunday, 4-8 PM and Monday at Trent-Dowell Funeral Home, 8:30 – 10:30 AM. All times are central.

Expressions of sympathy are suggested to the Live Like Landon Foundation or St. Romuald School.

To send flowers to the family or plant a tree in memory of Jack, please visit our floral store.