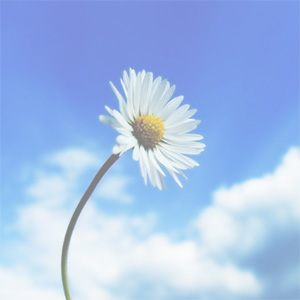 Mary Ruth Beane Emerson, 83, of Owensboro, passed away on Tuesday, May 24, 2022 at her home. She was born January 23, 1939 in Owensboro to the late James O. and Mary Louise Sparks Beane. Mary Ruth was retired from Commonwealth Aluminum after 29 years in the Human Resourses Department. She had been a member and was raised at First Christian Church and later at the former Century Christian Church where she was a charter member. Mary Ruth was a 1957 graduate of Owensboro High School and had been a volunteer for a number of years at the local hospital and at First Christian Church. She enjoyed reading, sewing, collecting teddy bears and cashmere sweaters. Mary Ruth was a very soft spoken and quick witted person.

She is survived by her husband, David Ray Emerson, of 62 years (would have been 63 years on May the 30th). They met at a church camp at Murray State in 1955, became engaged in 1957, and married in 1959. Other survivors include a daughter, Jean Sexton and husband Greg, granddaughter, Courtney Biddle (John Michael Adams), three great grandchildren, Trevor Jackson, Mackenzie Paige, and John Maddox; daughter, Lisa Wetzel and husband David, granddaughter, Krista Wetzel (Lance Carter), three great grandchildren, Kennedy, Kayla, and Cash, and grandson, Ryan Wetzel and wife Megan, and two great grandchildren, Miller and Micah; siblings, Martha Heal of Phoenix, AZ, William Thomas Beane (Barbara) and Linda Louise Jones (Frankie), all of Owensboro, and several nieces, nephews, and extended family.

The funeral service will be 2 PM Friday, May 27, at Glenn Funeral Home and Crematory. Private burial will be in Owensboro Memorial Gardens. Visitation will be from Noon Friday until time of service at 2 PM at the funeral home.

Memorial contributions in form of donations may be made to First Christian Church, 700 J. R. Miller Blvd., Owensboro, KY 42303 or to First General Baptist Church, 620 Maple Avenue, Owensboro, KY 42301. Memories and condolences to the family can be shared at www.glenncares.com.