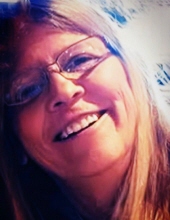 Helen Marie Shown Coker, 58, of Owensboro, passed away on Wednesday, May 25, 2022 while under the care of Hospice of Western Kentucky. She was born on October 5, 1963 in Daviess County to the late Milbert “Joe” & Jane Shown. Helen was a 1981 graduate of Owensboro High School. She was the past manager of Milligan’s Lounge and Even Stevens. She was employed as the general manager at Five Star. She always said the beach was her happy place.

She was preceded in death by her infant sister, Mary Helen Shown.

Expressions of sympathy may take the form of donations to the Heartford House, Hospice of Western Kentucky, 3419 Wathens Crossing, Owensboro, KY 42301.