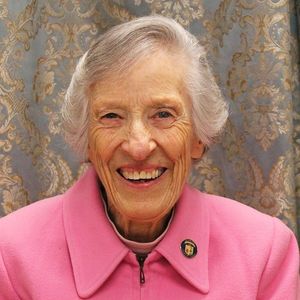 Sister Marietta was gifted with a deep prayerfulness and hospitality that she shared easily with others. She loved teaching children to read, and in later years, helping adults to deepen their faith, especially Ursuline Associates.

Survivors include the members of her religious community; siblings Pauline Goebel, Frank Wethington and Richard Wethington, all of Louisville; and nieces and nephews. She was preceded in death by her parents, Andrew Francis and Sarah Odelia Wethington; and her siblings Linda Pennington, Anna Geraldine Pennington, Robert Irvin Wethington, and Michaela Elizabeth Edwards.

The funeral Mass will be at 10:30 a.m. Thursday, June 2, at Mount Saint Joseph, where visitation will begin Wednesday at 4 p.m., with a wake service following at 6:30 p.m.

Donations in memory of Sister Marietta may be made to the Ursuline Sisters of Mount Saint Joseph, 8001 Cummings Road, Maple Mount, KY 42356.