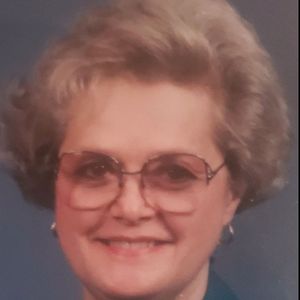 Michael Lysbeth Stenberg Speed, 82, of Owensboro, passed away Saturday, June 18, 2022, while under the compassionate care of Hospice of Ohio County. Michael, known as Mike by her family and friends, was born September 13, 1939, in Princeton, KY to the late George Frederick “Fred” Stenberg and Stella Lucy Boyd.

Mike was a kind, compassionate and selfless woman who thought of others before herself. She was a member of Hall Street Baptist Church and Owensboro Christian Church. She enjoyed sewing, reading, and devoting time to her family. She especially enjoyed spending time with her grandkids, Jonathan and Sydney, and she cheered them on in nearly all of their many ballgames and activities through the years.

Along with her parents, she was also preceded in death by her stepfather, Buster Boyd; her sister, LuSandra Coots; and her brother-in-law, Lemmie Coots.

Those who remain to cherish her memory include her devoted husband of 56 years, J.B. Speed; her loving son, Jeff Speed and his wife DeAnna; her beloved grandchildren, Jonathan Speed and Sydney Speed; her sister, Bridgett (Ricky) Filback; nieces and nephews; and her grand dog, Shadow.

The funeral service for Mike will be held at 2 p.m. Wednesday at Glenn Funeral Home and Crematory with Brother Glenn Armstrong officiating. Burial will follow in Elmwood Cemetery. Visitation will be held Tuesday from 4 p.m. until 7 p.m. and Wednesday from 12 p.m. until 2 p.m. all at the funeral home.
Memories and condolences for the family of Mike Speed may be left at www.glenncares.com