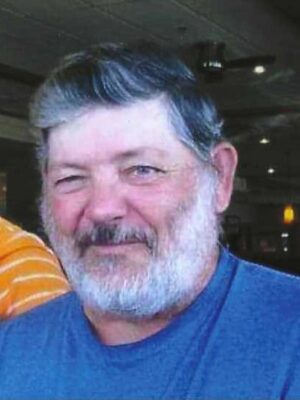 WHITE PLAINS – Donda “Donnie” Wayne Harvey (“Daniel Boone”), 72 of White Plains, KY passed away at Owensboro Health Regional Hospital on Saturday, June 18, 2022.  He was born October 25, 1949, to the late Thelma and Garland M. Harvey Sr. He was a coal truck driver for Whitaker Trucking for most of his life until he retired in 2010. Donnie loved spending time with his family and always did whatever he could to help anyone in need. His favorite pastimes included early morning coffee with family, playing cards, fishing every chance he got, and working in his garden. He always had a big fish story to tell, was quick to the table for a friendly meal (especially taco salad) and had a way of making everybody in the room laugh whether it was at him, with him, or both. Those laughs and card games will be greatly missed without him here on earth with us.

Funeral services will be Wednesday, June 22, 2022 at 11:00 AM at Tucker Funeral Home in Central City with Bro. Dwight Cox officiating and Elgon Harvey assisting.  Burial will follow at Mt. Carmel Cemetery. Visitation will be Tuesday June 21, 2022 at 5:00-8:00 PM at the funeral home. Online condolences can be made at www.tuckerfuneralhomes.com.