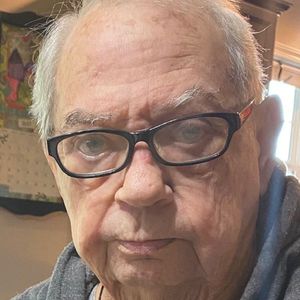 Billy G. Hoover, 86, of Owensboro, passed away on Wednesday, July 27, 2022, while under the care of Hospice of Western Kentucky. He was born June 7, 1936 in Ohio County to the late Eunice D. and Mary Isabelle Allen Hoover. Billy was also preceded in death by his brother, Allen Douglas Hoover in 1993. He was a graduate of Hartford High School and attended Western Kentucky University. Billy began his career with Western Kentucky Gas Company in 1961 in the Owensboro operations department and then transferred to Madisonville. There he held positions in their operations department before being named Storage Field Superintendent in 1967. His responsibilities included coordinating all local gas production, exploration and underground storage activities. He eventually transferred back to Owensboro continuing with the company where it became Atmos Energy until his retirement on September 30, 1997.

Billy was of the Baptist faith. While in Madisonville, he was a member of the Jaycees and held various roles with the Hopkins County Fair Board. Billy enjoyed traveling with his wife on trips to Tennessee, especially to the Smoky Mountains. He was the type of person who never met a stranger and loved making new friends and talking to them wherever he went. He also enjoyed working Sudoku puzzles.

Surviving are his wife of 28 years, Helen Abney Hoover; a daughter, Vicki Hoover Strader and husband Keith of Owensboro; and two sons, Mike A. Hoover of Utica and Bryan C. Hoover of Bowling Green.

Funeral services for Billy will be 3 PM Sunday, July 31, at Glenn Funeral Home and Crematory. Private graveside services will follow at Barnetts Creek Baptist Church Cemetery in Ohio County. Visitation will be on Sunday from 1 PM until the time of services.

Messages and condolences to the family can be shared at www.glenncares.com.