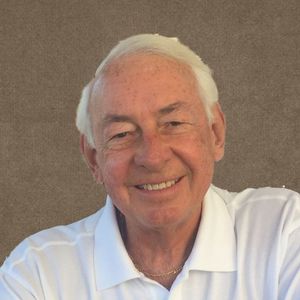 Gary Lynn Keller, 77, of Owensboro passed away Tuesday, August 2, 2022, under the care of Hospice of W. Kentucky at his home with his family by his side. The Kettering, Ohio native was born August 16, 1944, to the late Nathan Keller and Glenna Young Keller-Hicks. Gary was a devoted educator and active advocate of education. He set high expectations for his staff and students and was a constant source of support and encouragement.

After graduating from Fairmont High School in 1962, Gary received his bachelor’s degree in Education and Counseling from Murray State University in 1968. Gary continued his education by earning a master’s degree in Education from Western Kentucky University in 1972, later earning his Rank 1 in Administration. He was a member of Pi Kappa Alpha Fraternity where he served as President his Junior and Senior years. Gary began his career in education at Stanley Elementary School as a PE teacher, then moved to Daviess County Junior High School and finally to Daviess County High School where he served for 33 years as a teacher, coach, counselor, and administrator. Gary retired in 2000 but his love of education continued with the Southern Regional Education Board for 10 years working with their “High Schools That Work” program. Gary was also a faithful member of Settle Memorial United Methodist Church where he served as an usher as well as volunteering his time with the food ministry serving at St. Benedicts Shelter.

Some of the honors and awards that resulted from Gary’s dedication included being named Kentucky Principal of the Year in 1998, Kentucky Blue Ribbon School in 1998-1999 and 1999-2000, a Kentucky Colonel, being awarded the key to the City of Owensboro in 2000, and the pride of teaching over 10,000 children in his lifetime.

Gary enjoyed playing golf and time at the pool as well as trips to the beach at Fort Myers, Florida. He was an avid fan of UK football where he enjoyed hosting tailgate with friends. He was also a loyal Ohio State Buckeyes fan. Gary would faithfully write Christmas letters to his wife and children encouraging them and telling them how proud he was of each of them. He also enjoyed his weekly dinners with the Monday Night Crew.

In addition to his parents, Gary was preceded in death by his stepdad, Roger Hicks and brother, Scott Keller.

A memorial service for Gary Keller will be 11:00 am Saturday at Settle Memorial United Methodist Church. Visitation will be Friday from 4:00 until 8:00 pm at Glenn Funeral Home and Saturday from 10:00 am at the church.

Condolences and memories for Gary’s family may be left at www.glenncares.com.