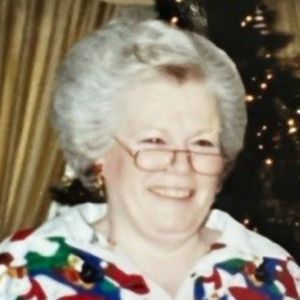 Judy Kay Johnson, 76, of Owensboro, passed away after a valiant battle with cancer on Tuesday, August 2, 2022, at Miller’s Merry Manor in Rockport, Indiana. She was born December 8, 1945 in Aurora, Missouri to the late Earn and Tressie Brown Johnson. She was of the Baptist faith. Judy was retired from Tapscott’s Inc. after nearly 46 years of service. She was office manager and during her service, she was privileged to be one of the employees who went on an around the world buying trip. She flew from Owensboro to California, to Hawaii, to Tokyo, Japan, to Hong Kong and Bangkok, China, to Thailand, to New Delhi, India, with a short flight to Agra, India to see the Taj Mahal, and then to a nine day photography safari to East Africa with Nairobi, Kenya being home base. She made side trips to Tanzania and Uganda with a boat trip down the Nile River. She finally returned home via New York City.

Judy has traveled to all but four states in the continental United States. Judy found her greatest joy was the Christmas holidays that she shared with her family. She loved to cook and make candies and cookies for her family and most especially decorating for Christmas as her brothers and nephews knew well.

The funeral service for Judy will be 10 AM Friday, August 5, at Glenn Funeral Home and Crematory. Burial will follow in Rosehill Cemetery. Visitation will be from 4 PM until 7 PM with a prayer service at 6:30 PM on Thursday and from 9 AM until time of service on Friday.

Memorial contributions may be made to Kosair Children’s Hospital, 231 E. Chestnut Street, Louisville, KY 40202 or to St. Jude’s Research Hospital for Children, 501 St. Jude Place, Memphis, TN 38105-1942. Memories and condolences to the family can be shared at www.glenncares.com.