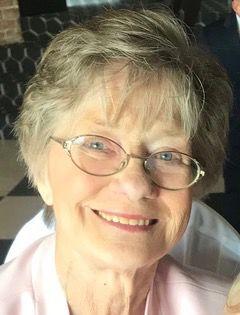 Mary Ruth Coy left this world Wednesday, August 3, 2022, surrounded by loved ones. She was a caring and loving Mother, Nana, Great Nana, sister and friend to many.

She was born June 7, 1950, to Christine and Collis Shultz of Fordsville, Kentucky. She was a member on Onton United Methodist Church where she was always willing to help and serve the Lord. She enjoyed volunteering for Onton Hay Days and catching up with old friends.

She enjoyed spending time with her family members and friends, playing with her grandchildren, volunteering for all her children and grandchildren during school events, watching Goat shows, and traveling. She loved music and loved to dance. She would never turn down a trip to a local ice cream shop. She had many “local children” through the years that she has always claimed as her own family. Her table, heart, and home was always available for all of them.

She was proceeded in death by her parents; brothers, Virgil Shultz, James Shultz, and Jerry Shultz; and sisters, Bernice Shultz, Linda Whitaker, and Doris Brown.

The funeral service will be 2 p.m. Saturday, August, 6, 2022, at Geary Funeral Home in Fordsville. Burial will be in Pleasant Grove Cemetery in Pattiville. Visitation is from 10 a.m. until the time of the service Saturday at the funeral home.

Condolences may be made at gearycares.com.