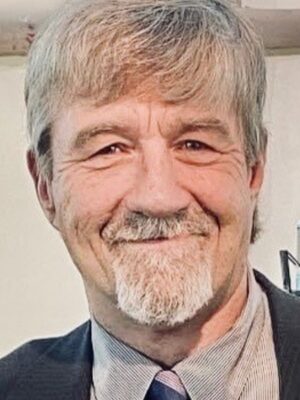 Stephen Paul “Steve” Farley, 60, of Louisville, formerly of Owensboro, passed away in Louisville on Sunday, September 18, 2022.  He was born July 24, 1962 in Springfield, Illinois.  He had worked for a number of years in the Heating and Air Conditioning business as an installer and had been attending the Lyndon Independent Baptist Church in Louisville where he became a Christian.  Steve loved his mother and stepfather and his two children very much.  He was an avid fan of the St. Louis Cardinals and U. K. basketball, and loved his dog Sam.  Steve was preceded in death by his father Robert Farley, his stepfather, James Howard, and his nephew, Cody Kirkpatrick.

Funeral services will be 2 PM Thursday, September 22, at Glenn Funeral Home and Crematory with burial following in Resurrection Cemetery.  Visitation will be from Noon until 2 PM Thursday at the funeral home.

Memorial contributions may be made to the Family of Steve Farley, c/o Glenn Funeral Home and Crematory or to the Friends of Sinners.  Messages and condolences to the family can be shared at www.glenncares.com.