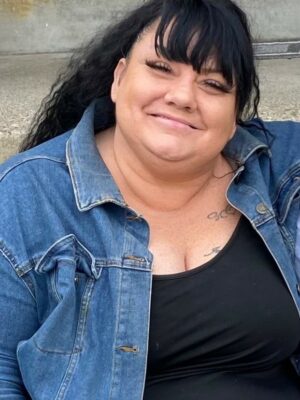 Courtney Michelle Ezell Irvin, 43, of Louisville, Kentucky, formerly of Owensboro, Kentucky passed away September 18, 2022. She was born March 4, 1979, in Owensboro to Davis Ezell and Jane Roberts. Courtney attended Owensboro Catholic High School. She worked at Debra’s House in Louisville where she was a peer support specialist.

Courtney had the biggest heart; she was always wanting to help everyone. She loved to cook for anyone she could. Many people would talk about her cooking skills and how much they loved it. Her fried green tomatoes and baked beans are among the favorites that will be missed the most. Courtney lived her life to the fullest and loved with all she had.

Expression of sympathies may take the form of donations to Roberts Hall, P.O Box 17126, Louisville, Kentucky 40217. Envelopes will be available at the funeral home.

Haley McGinnis Funeral Home & Crematory is both honored and privileged to be entrusted with the care of Ms. Irvin. Leave your messages of condolence for the family of Courtney Michelle Ezell Irvin and sign her virtual guestbook at www.haleymcginnis.com.