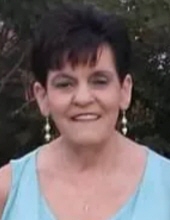 Vickie Lynn Tanner Young, 64, of Owensboro passed away Monday, September 19, 2022 while under the care of Hospice of Western Kentucky. She was born November 3, 1957 in Daviess County to the late Alan and Jeanie Carol Tanner. Vickie was always there for her children through thick and thin. She was a parent to many other children as well. Vickie babysat most of her younger years and most of the kids she watched definitely got attached to her. She was an amazing person and her children will be lost without her. We know she is dancing in the sky, with the love of her life, Ernie.

In addition to her parents, she was preceded in death by her husband, Ernest Young; and sisters, Connie Lee and Celia Terrell.

She is survived by two sons, Justin Young (Madeline) and Brad Young (Margerita); along with Cody and Aaron Mayton and many others she thought of as her own.