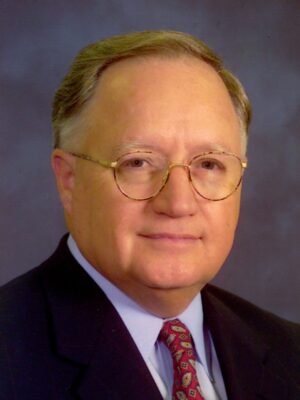 Billy “Dean” Stanley, 82, of Owensboro, passed away Tuesday, September 27, 2022, at Owensboro Health Regional Hospital. The Wheelwright, Kentucky native was born March 12, 1940, to the late Chiles Harold Stanley and Della Bates Stanley. After graduating from high school, Dean attended the University of Kentucky where he met his future bride, Doris Maggard. She graduated first and her employment took her to Bowling Green. Dean commenced to enroll in the Bowling Green College of Commerce (now Western Kentucky University) from where he graduated with a bachelor’s degree in accounting. They married while still in college in 1962. Moving to Owensboro in 1969, Dean loved and served this community on many boards including the Owensboro Museum of Fine Art where he was Chairman of the Board, BB&T, Economic Development Corporation, OMU, MPD, and Jaycees. Dean was the President and CEO of Kenergy and served on the boards of the Kentucky Association of Electric Cooperatives (KAEC), and on the board of the National Electric Cooperative Association. When not serving his community, Dean found enjoyment in golf, fly fishing, and all UK sports. Dean and Doris raised three children and enjoyed watching them play sports and dance. He was a generous and kind man who loved his family and as they would say at Christmas, “He was the man that made it all possible.”

The funeral service will be 2:00 pm Saturday at Glenn Funeral Home and Crematory with visitation from 10:00 am until the time of the service. Burial will be in Owensboro Memorial Gardens.

Expressions of sympathy may take the form of contributions to the Owensboro Museum of Fine Art, 901 Frederica St, Owensboro, KY 42301.

Condolences and memories for Dean’s family may be left at www.glenncares.com.