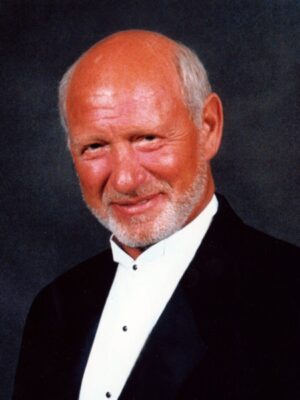 Barney graduated from Morganfield High School in 1953 and then graduated from Austin Peay University in 1958. He then earned his M.D. degree from the University of Louisville School of Medicine in 1962. Following that he did a rotating internship at Mercy Hospital in Springfield, OH.

His professional affiliates included the American and Kentucky Medical Associations and the medical staff of Owensboro Health Regional Hospital. Barney was a diplomat of the National Board of Medical Examiners and the American Board of Family Practice. During the 1960s he was engaged in family practice in Morganfield, KY, and was the medical director of the Breckinridge Job Corps Center. During the 1970s, Barney was instrumental in establishing the Green River District Health Department, where he served as director and clinician. From 1977 to 2001, he was an emergency room physician at the Owensboro hospital after which he was a physician at urgent care on Ford Avenue.

Services are private. Care by Glenn Funeral Home and Crematory.

Expressions of sympathy may take the form of donations to the Special Olympics, by visiting [email protected].

Memories and messages of condolence for the family of Dr. Barney Elliott may be offered online at www.glenncares.com.