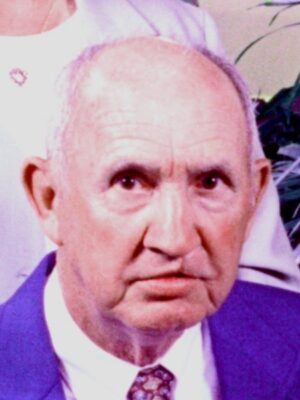 Darrel Stroud, 89, of Owensboro, passed away Saturday, October 1, 2022, at Owensboro Health Regional Hospital. The New Albany, Mississippi native was born February 13, 1933, to the late A.K. Stroud and Florence Stinson Stroud. Through his everyday actions of love and support, Darrel leaves a legacy of memories for his family and friends. He graduated from Arkabutla High School with a class of 13 students in 1953. The very next day he began serving in the Army. Darrel was a Korean War Veteran. He worked at Cigar Factory in Owensboro for 22 years until it closed in 1978. He then worked at WR Grace, which was bought out by Daramic, for 20 years until he retired in 1998.

Darrel loved his family devotedly, but he had a few other loves as well, fishing, gardening, and he loved a good sweet treat. Darrel loved watching sports. He was an avid UK basketball fan, but he was an even bigger fan of watching his grandchildren and great-grandchildren when they were on the field or on the court. They could always count on Papaw Stroud to be cheering them on, from the sidelines or from his truck. After the game, Papaw Stroud always had a motivational thing or two to say. Darrel’s long life was filled with many blessings, one of which was his faith in Jesus Christ. He was a good, Catholic man who belonged to St. Martin’s Catholic Church for many years. While he will be greatly missed, his family knows he will be waiting to greet them in Paradise.

A funeral Mass will be 11:00 am Wednesday at St. Martin Catholic Church. Visitation will be Tuesday from 3:00 until 7:00 pm at Glenn Funeral Home and Crematory and Wednesday from 10:00 am until of service at the church. Burial will be in Pleasant Grove Baptist Church Cemetery.

Expressions of sympathy may take the form of contributions to the VFW–Post 696, 311 W Veterans Blvd, Owensboro, KY 42301 or Disabled American Veterans at www.dav.org.

Condolences and memories for Darrel’s family may be left at www.glenncares.com.

In memory of Darrel Stroud, please consider making a donation to one of the following charities: