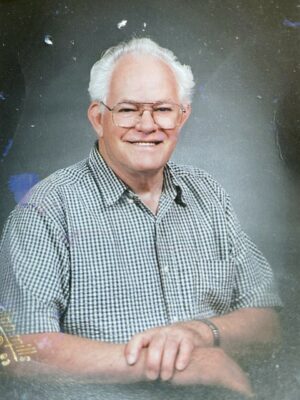 James Sidney Crabtree, 84, of Owensboro, passed away Friday, November 18, 2022, at the Beaver Dam Nursing and Rehab Center in Beaver Dam. He was born July 14, 1938, in Owensboro, KY to the late Herman Troy Crabtree and Christina Elizabeth Bivens Crabtree. He was retired from Baskin Robbins in Owensboro where he worked for 35 plus years after working for the Ideal Milk Company for several years. James was a long-time member of the Odds and Ends Square Dance Club in Owensboro.

He was a veteran of the United States Marine Corps, and served in Okinawa, Japan.

Aside from his parents he was preceded in death by two brothers Curtis and Johnny and 6 sisters, Alberta, Mary, Margaret, Daisy Mae, Patricia and Pansy.

James is survived by his children, three daughters Sherrie (Kedric) Belcher of Evansville, IN, Donna Fleischmann of Owensboro, Sandy (Greg) Hillard of Beaver Dam, KY and one son James “Rick” (Maxine) Crabtree of Evansville, IN. And one sister, Angela Gentry of Owensboro. He has 7 grandchildren and 9 great-grandchildren and several nieces and nephews.

Haley McGinnis Funeral Home & Crematory is both honored and privileged to be entrusted with the care of Mr. Crabtree. Leave your messages of condolence for the family of James Sidney Crabtree and sign his virtual guestbook at www.haleymcginnis.com.