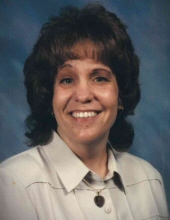 Tammy Howard Slack, 59, of Fordsville, passed away on November 30, 2022 at Owensboro Health. She was born in Daviess County on February 2, 1963 to the late James and Beatrice Porter Bevil.

In addition to her parents, Tammy is preceded in death by her first husband, Jackie Howard, Sr., a son, Justin M. Howard and a brother, Terry L. Bevil.

The family would like to offer special thanks to Linda Boarman and her staff.