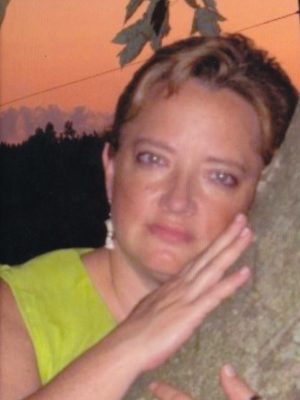 Toni Greer Henderson, 51 of Centertown, KY passed away Monday, November 19, 2018 at Heartford House after a short illness.  She was born April 21, 1967 in Louisville, KY to Wayne and Donna Greer.  Toni was a graduate of Daviess County High School.  She also graduated from Owensboro Technical College as a Certified Surgical Technician which translated into 22 years of experience.  Toni was a certified firefighter on the Centertown Fire and Rescue Department.  From 1996 to 2011 she worked at Methodist Hospital in Henderson, KY.  From 2011 to the present, she worked at Owensboro Health Regional Hospital in the labor and delivery department.  She was an avid UK, NASCAR, hockey, and Kentucky Derby fan.  Toni enjoyed traveling to Gatlinburg, Oswego, NY, and Niagra Falls with family and friends.  She enjoyed an annual trip to Santa Claus, IN where she always bought an ornament.  Toni received many awards for dedication in the labor and delivery department as well as receiving recognition for 20 years as a CST from the National Board of Surgical Technicians.  Toni’s favorite saying was, “Love you more, love you most”.  She was caring, selfless, and loving.

She was preceded in death by her step-father, Donnie Joe McMahan

The service will be 2PM Saturday, November 24, 2018 at Glenn Funeral Home and Crematory.  The visitation will be 4-8PM Friday and 12 noon until service time on Saturday at the funeral home.  The family requests that expressions of sympathy be made to Hospice of Western Kentucky c/o Heartford House.  Special thanks to fellow employees at OHRH Labor and Delivery, 8th floor nursing staff, family, friends, and the Heartford House staff.

Memories and condolences for the family of Toni Greer Henderson may be shared at www.glenncares.com