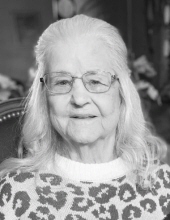 Hettie Pearl Rhineburger Adams, 85, of Owensboro, passed away Thursday, January 19, 2023 at her home surrounded by family. She was born February 1, 1937 in Owensboro to the late James Harrison “Harry” and Hettie Irene Higgs Rhineburger. Hettie was a school bus driver for 35 years where she was also known as Charlie. She loved being a bus driver and loved all of her kids. For the last five years, she drove the bus for special needs children. Hettie was a devoted Christian lady.

Funeral services will be at 12 p.m. noon on Monday, January 23, 2023 at James H. Davis Funeral Home and Crematory. Burial will follow in Rosehill Cemetery. Visitation is from 2 to 4 p.m. on Sunday and from 10 a.m. until the time of service on Monday at the funeral home.