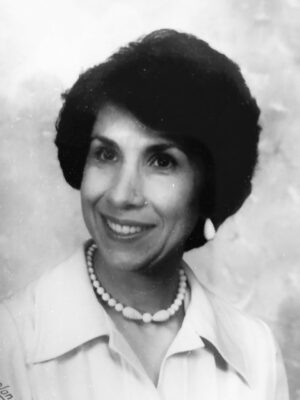 Jane Aaron Payne peacefully passed away in her sleep at home on January 20, 2023. Satenig Der Torosian (Jane) was born to Ashken and Nazaret Der Torosian on October 26, 1938, in Fresno, CA; the eighth of nine children.

The daughter of Armenian immigrants, she was raised on her family ranch near Fresno. She was proud of her heritage; and family was the most important thing to her. She was proud of the three sons she and her husband, Bill Aaron, raised in Owensboro, KY. Following Bill’s passing, Jane became the matriarch and guiding light for her family, always encouraging education.

Jane was a long-time member of the Omico Plastics team, where she served as the Quality Control Manager and a mentor to many young team members. Once retired, she volunteered in the Owensboro community transporting cancer patients and providing tax preparation assistance through the AARP Foundation Tax-Assist program.  She would want to be remembered for her love of family, empathy, honesty and continuing desire to always do more – just as she lived her life.

Remembrances may be made to the American Cancer Society in Kentucky or the Armenian Education Foundation.

Haley McGinnis Funeral Home & Crematory is both honored and privileged to be entrusted with the care of Mrs. Payne. Leave your messages of condolence for the family of Jane Aaron Payne and sign her virtual guestbook at www.haleymcginnis.com.