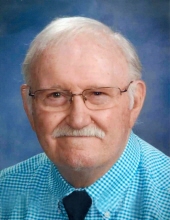 Lloyd Ray Nash, 83, of Philpot, died Sunday, January 22, 2023 at his home. He was born August 20, 1939 in Owensboro to the late Cleo and Vivian Pagan Nash. He was an outstanding athlete all thru his school years including at Western Kentucky University. Lloyd had many careers, working at General Electric and Owensboro Police Department. The one career he loved the most was that of coaching football and track at Apollo High School and Burns Middle School. He was a U.S. Marine Corp veteran.

In addition to his parents, he was preceded in death by a brother, Rick Nash.

In lieu of flowers, memorial contributions may be made to St. Stephen Cathedral, 610 Locust Street, Owensboro, KY 42301.

The family would like to thank Hospice of Western Kentucky for their care.