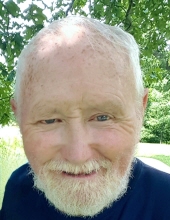 Mark Allen “Luke” Lanham, 70, of Knottsville, Kentucky passed away peacefully on Sunday, January 22, 2023 after a short battle with cancer.  He was born April 8, 1952 to the late Mary Etheleen Taylor Lanham and Joseph “Jack” Freeman Lanham. Mark was a simple man who enjoyed being outdoors and worked in construction and the tobacco industry most of his life.

He is survived by his son, Jackie Allen Lanham, of Benton, Arkansas and daughter, Heather Yvette Ratliff, of Bryant, Arkansas; and one granddaughter, Karalyne Morgan Lanham. His children and granddaughter were his pride and joy and will continue to be his greatest legacy. Mark is also survived by a brother, Kenny Lanham; three sisters, Betty Haynes, Barbara Millay, and Paula Cecil (Sam); a brother-in-law, Robert Payne; and many nieces and nephews.