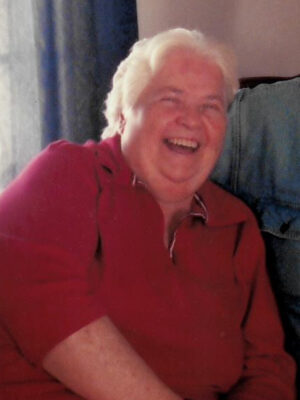 Thelma Jean Stinnett King, age 89 of Irvington, KY passed away January 22, 2023 at Hardinsburg Nursing and Rehab Center. She was born in Hardinsburg, KY on January 1, 1934, daughter of the late Alvin Kermit Stinnett, Sr. and Viola Cinda Simmons Stinnett. Thelma was a member of Lincoln Trail Christian Church. She was a homemaker and farmer’s wife and enjoyed all things associated with this life. She was quite the seamstress and make beautiful clothing and quilts. Along with all the things that kept her busy as a homemaker, she enjoyed babysitting.

In addition to her parents, she was preceded in death by her husband James Robert King, her daughter Roberta Anthony and several brothers and sisters.

Thelma is survived by her daughter and son-in-law: Mary and Mark Kendall of Irvington, KY

2 grandchildren: John Mark Kendall and his wife Jennifer and Jami Anthony Tutt and her husband Chris

Funeral services will be held at Trent-Dowell Funeral Home on Wednesday, January 25, 2023 at 12 PM. Burial will be in the Bethel Cemetery near Bewleyville, KY. Visitation will begin at 9 AM on Wednesday. All times are central.

To send flowers to the family or plant a tree in memory of Thelma Jean (Stinnett) King, please visit our floral store.