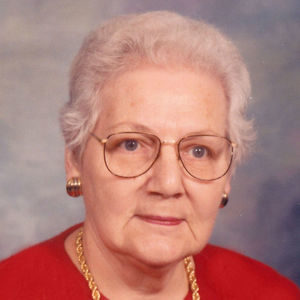 Charlotte Baumgarten, 92, of Owensboro, passed away Friday, December 28, 2018 at the Heartford House, while under the care of Hospice of Western Kentucky. Charlotte was born in Jefferson County on April 23, 1926, to the late Harry Edward and Lena Fritz Baumgarten. She was a graduate of Webster College with a degree in English and Indiana University with graduate degrees in counseling and guidance. Charlotte was a writer for the Messenger-Inquirer, GE News, The Commonwealth magazine of the Kentucky Legislative Research Commission and WFIE-TV. For 27 years she was employed by the Owensboro Board of Education as an elementary teacher at Lincoln School and Estes Junior High, also as a counselor at Southern Junior High School and Owensboro Middle Schools. Charlotte was a member of Immaculate Catholic Church where she was a lector and a member of the St. Vincent de Paul Society. She volunteered at Hospice, served on the Oratio Committee for the Owensboro Choral Society and sang in “The Messiah” for 40 years.

She also was preceded in death by two sisters, Mary Helena Gordon and Martha Louise Lauzon; and one brother, Dr. James A. Baumgarten.

The funeral Mass for Charlotte Baumgarten will be at 10 a.m. Saturday January 5, 2019 at Immaculate Catholic Church with Father John Vaughan officiating. Visitation will be from 5 until 7 p.m. with prayers at 7 p.m. Friday, January 4, 2019, at Glenn Funeral Home and Crematory. Burial will be in Resurrection Cemetery.