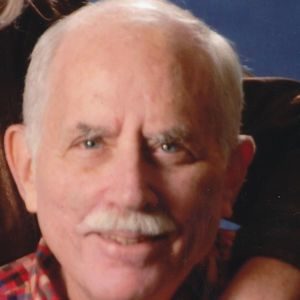 George Daniel “Dan” Burg, 74, of Owensboro, passed away Saturday, December 29, 2018 in the care of Hospice of Western Kentucky. Born in Muskogee, OK, a son of the late Allen George Burg and Ida Josephine Shouse Burg, Dan graduated from Owensboro High School in 1962 where he played in the Red Devil Marching Band. Active in DeMolay and Scouting, he served as a DeMolay Master Counselor, was named Kentucky DeMolay of the Year, and was an Eagle Scout. He was a life-long member of First Christian Church (Disciples of Christ). Dan was a 1966 graduate of the University of Kentucky where he earned a degree in Zoology, was a member of Phi Kappa Tau fraternity, and played flute and piccolo in the University of Kentucky Marching 100. He remained a devoted supporter of UK athletics throughout his life. Upon graduation he joined the United States Marine Corps, serving in Vietnam. Dan’s career was as a Health and Safety Coordinator, retiring from both Alcan in Sebree and Stewart Warner in Troy, Indiana. He was a Kentucky Colonel. He and his brother owned O/B Rental Management. Dan’s interests included fishing, golf, and travel. His family expresses their appreciation to the staff of The Heartford House.

Those who remain to honor his memory include his wife Julie Kaneaster Burg; his daughters Tracy Burg Elliott and April Burg, both of Owensboro; his grandchildren Kaley Dan Hall, Mackenzie Lee Elliott, Reise Donavan Elliott, and Lauren Elliott; his brother Edward “Ed” Allen Burg and his wife Nita, of Owensboro; and four nieces and nephews.

The funeral service for Mr. Burg will be 10:00 a.m. Thursday at Glenn Funeral Home and Crematory, where visitation will be from 4:00 until 7:00 p.m. Wednesday and after 9:00 a.m. Thursday. Burial, with full military honors, will follow in Owensboro Memorial Gardens. Expressions of sympathy may take the form of contributions to First Christian Church (Disciples of Christ).

Memories and messages of condolence for the family of George Daniel “Dan” Burg may be placed at www.glenncares.com.