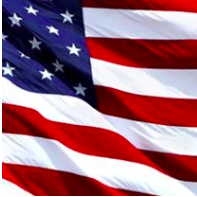 David Michell Wink, 74, of Owensboro passed away Monday, December 31, 2018 at his residence. He was born to the late Thomas Henry Wink and Bertha Durbin Wink in Daviess County on December 8, 1944. David was a Melt Shop Superintendent for 30 years and an U.S. Navy Veteran. He was a lover of music, and enjoyed drag racing, gardening, bird watching, cooking, and American history. David gave freely of himself to those in need.

Along with his parents, David was preceded in death by his adopted son, Gregory Wade Wink, his brother, Bill Wink, and his sister, Mary Ann Millay.

David is survived by his son, David Eric Wink, his grandson, “J.T.” Billy Joseph Thomas Wink, his siblings, Sam (Agnes) Wink of Mulkeytown, Illinois, Vincent (Judy) Wink, Janie (Doug) Hayden, both of Owensboro, several nieces and nephews, and Jason Day and Jaycee Day, who were like his son and granddaughter.

Services will be 2:00 pm Saturday, January 5, 2019 at Haley McGinnis Funeral Home & Crematory with Father Pat Bittel officiating. Visitation will be 10:00 am to 2:00 pm Saturday at the funeral home.

Expressions of sympathy may take the form of donations to the David Wink Memorial Fund, c/o Haley McGinnis Funeral Home; 519 Locust Street; Owensboro, Kentucky 42301. Envelopes will be available at the funeral home. These funds will be used to assist those that suffer form mental illness to help with suicide prevention.