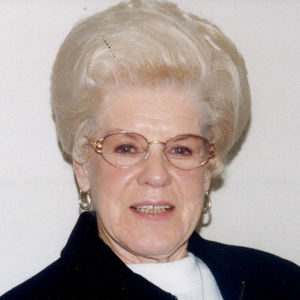 Kitty Bell Howard, 92, of Owensboro passed away Friday, January 4, 2019 at the Carmel Home. Mrs. Howard was born June 8, 1926 in Salyersville, KY to the late Virgil and Alka Prater Litteral. Kitty was raised one of 13 siblings. She later worked at GE for 31 years and then as head of housekeeping when the Executive Inn opened for almost 25 years. She was a hard worker and meticulous in caring for her yard even to the point of using scissors to trim the grass. Kitty’s family still talks about her great cooking and wishing they could have just one more helping of her cream corn. She will be sorely missed.

In addition to her parents, Mrs. Howard also was preceded in death by her husband, Patrick “Hossie” Howard in 1975; her daughter, Becky Fallaway in 2012; stepfather, Ernest Kelly; and eleven of her siblings.

The funeral service for Kitty Howard will be 10:00 am Tuesday, January 8 at Glenn Funeral Home and Crematory. Burial will be in St. Mary of the Woods Cemetery. Visitation will be Monday from 4 till 7 and Tuesday after 9:00 am till time of service at the funeral home.